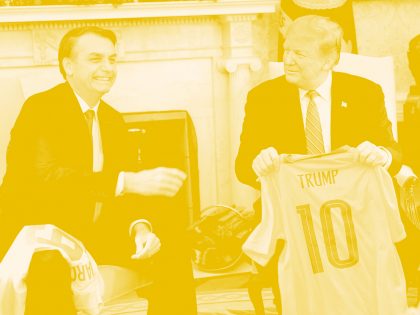 “There Are Reasons for Optimism”

December 7 is, as Franklin Delano Roosevelt explained to us in 1941, “a date which will live in infamy.” It is also Noam Chomsky’s birthday. When the Japanese attack on Pearl Harbor took place, Chomsky was thirteen years old. For purposes of a series of discussions we had before and after his ninetieth birthday, on December 7, 2018, this is a particularly significant detail, as the man who in many senses defined the modern understanding of what it is to be a public intellectual was already commenting on global affairs by the time he entered his teens. The following interview was conducted by John Nichols in coordination with Catalyst. In it, Chomsky touches on the rise of the far right today, relating it to interwar fascism, and then moves on to a wider discussion of the conjuncture.