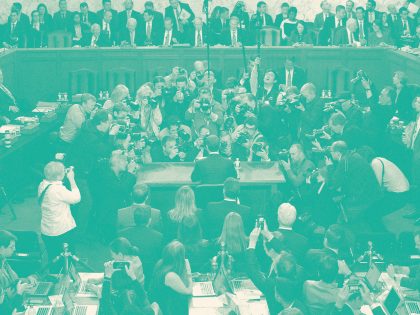 Between Cambridge and Palo Alto

In March 2018, a major crisis erupted around an obscure political consulting firm called Cambridge Analytica.It was discovered that the firm had acquired the private data of millions of Facebook users and was putting it to the service of its clients in political campaigns. The revelations attracted attention in part because the company is owned by a conservative political donor, Robert Mercer, but more importantly, because it raised important questions about privacy and surveillance on the internet. And this in turn has profound implications about the place of the media in contemporary capitalism. We talked to leading media scholar Robert McChesney about these and related issues.